Robert Penn Warren interviews a group of students and one administrator from Southern University in New Orleans, Louisiana. They discuss the various leaders of the growing civil rights movement and the Black Muslim movement, as well as the various cultural and social standards Black individuals must hold themselves to in order to advance the movement. 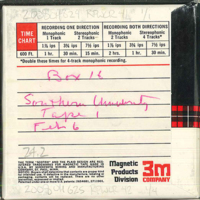