Whitney Young, a civil rights movement leader affiliated with the National Urban League, discusses multiple issues facing African Americans during the 1960s. Young begins with the history of the National Urban League, and its contemporary role in the movement. Next, the historical events that led up to the culmination of the civil rights movement are listed. Whites and their recent participation in the movement is documented, as well as a discussion of W.E.B. Dubois' concept of the split in African American culture. An exploration of Young's writing and interpretations of it are also given. African Americans' financial contributions to the civil rights movement are illustrated. The American class system and how it relates to the problems of Blacks is investigated. Additionally, Young compares the situations of segregation in both the north and south. Young ends with discussions of American history, with an emphasis on the Civil War, newfound Black solidarity, and the challenges of integration upon the country. 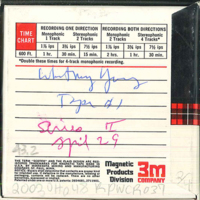